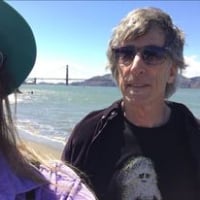 brianlux Moving through All Kinds of Terrain.Posts: 38,653
August 2021 in A Moving Train
This may be of interest to those of you outside of California as well.
I'm not a huge Newsom fan- pretty much split in my opinion of him.  But the alternative, should he lose next months recall election, could see a far right republican put into office.  In liberal California, you say?  Yes, it's very possible.
https://news.yahoo.com/gavin-newsom-blasts-recall-election-152239081.html
"Democratic California governor Gavin Newsom, who could be ousted from his post in a recall election scheduled for September 14, blasted talk-radio host and Republican front-runner Larry Elder as a fringe candidate more right-wing than former President Donald Trump.


"I believe in the mystery, and I don't want to take it any further than that. Maybe what I mean by that is love."
-John Densmore