goldrush everybody knows this is nowherePosts: 5,360
November 2020 in The Porch 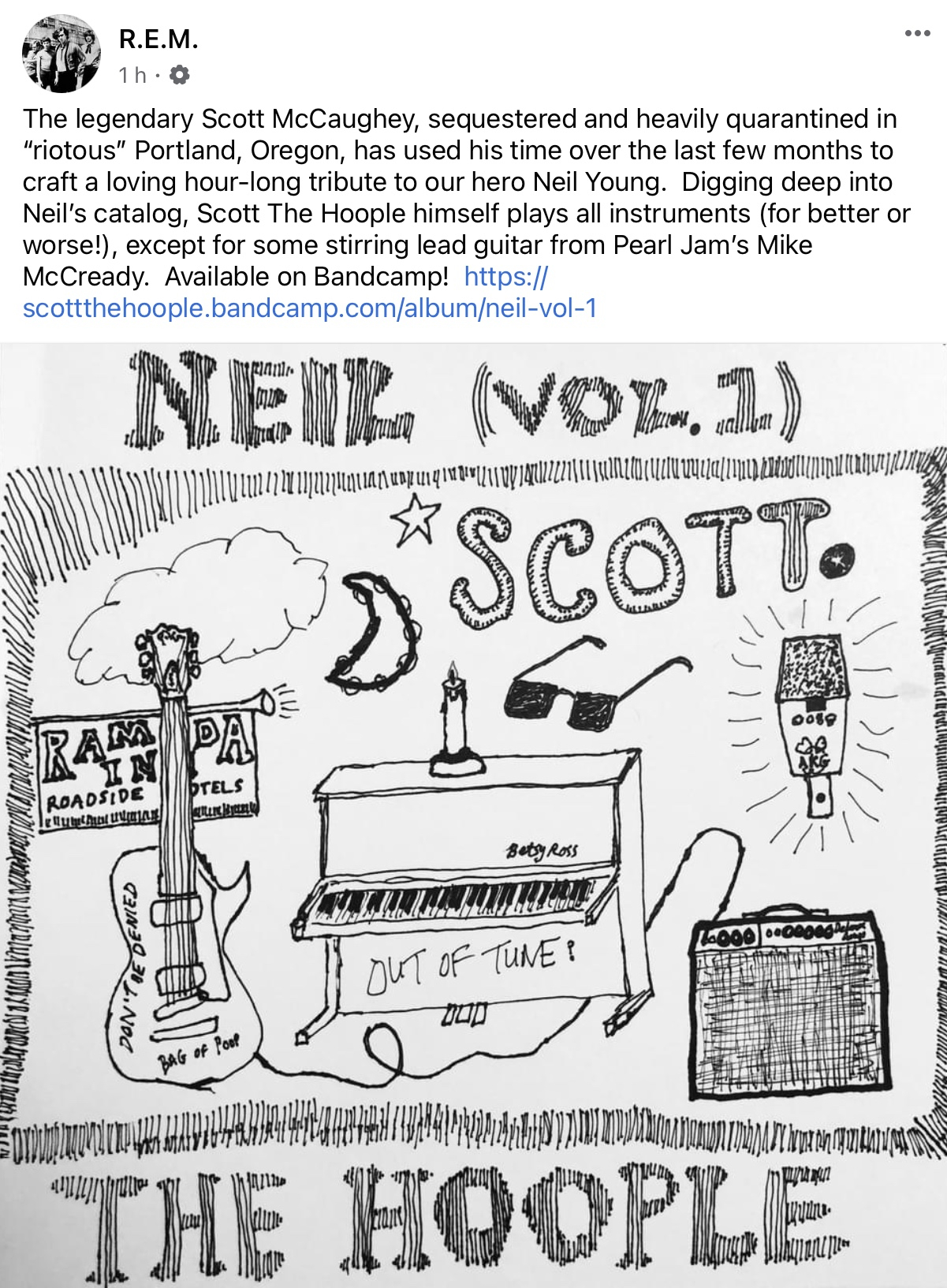 For 50+ years, his music has been a huge part of my life - a source of immense pleasure, comfort, and pleasurable discomfort.

When I had a major stroke three years ago, I lost my ability to talk, sing, make music. As I found my way back, I turned to the songs I had a best chance at recalling, music somewhere deep in the recesses of what was left of me. The Beatles and Neil were my subterranean lode ... words and chords COULD be unearthed if I tried hard and often enough.

When this homegrown effort started taking shape, in the bowels of 2020, I consciously swerved away from much of the best known Neil songs to me, and the casual listener. Digging deeper, like I had tried to cough up favorite songs in the ditch of my fucked-up brain.

Neil is so many things. I wanted to represent some of them. But, I also decided, hey, call it Volume One. There are a thousand more songs...

Performed/recorded/mixed by Scott McCaughey at Dungeon Of Horror, Portland OR.

Essential companionship by Mary and Gladys.