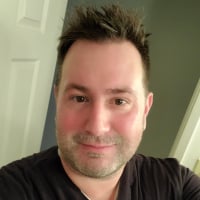 gimmesometruth27 St. Fuckin LouisPosts: 20,125
October 2013 edited January 2014 in Poetry, Prose, Music & Art
this is a thread where i am going to share some of my writing. the newer stuff, because i am not interested in looking back at my old stuff...

this is one i wrote this morning. it is called Smile

i wear a fake smile.
i project confidence,
and happiness,
and sexiness,
while i secretly wallow
in the nothingness

all of this
lurks below the surface.
do you really want to see?
do you want to know the real me?