jeff on chris and recording

Pearl Jam: ‘Chris Cornell’s Death Has Been a Tough One to Wrap Our Heads Around’

After playing a tribute to the Soundgarden frontman, the band hopes to write a new album 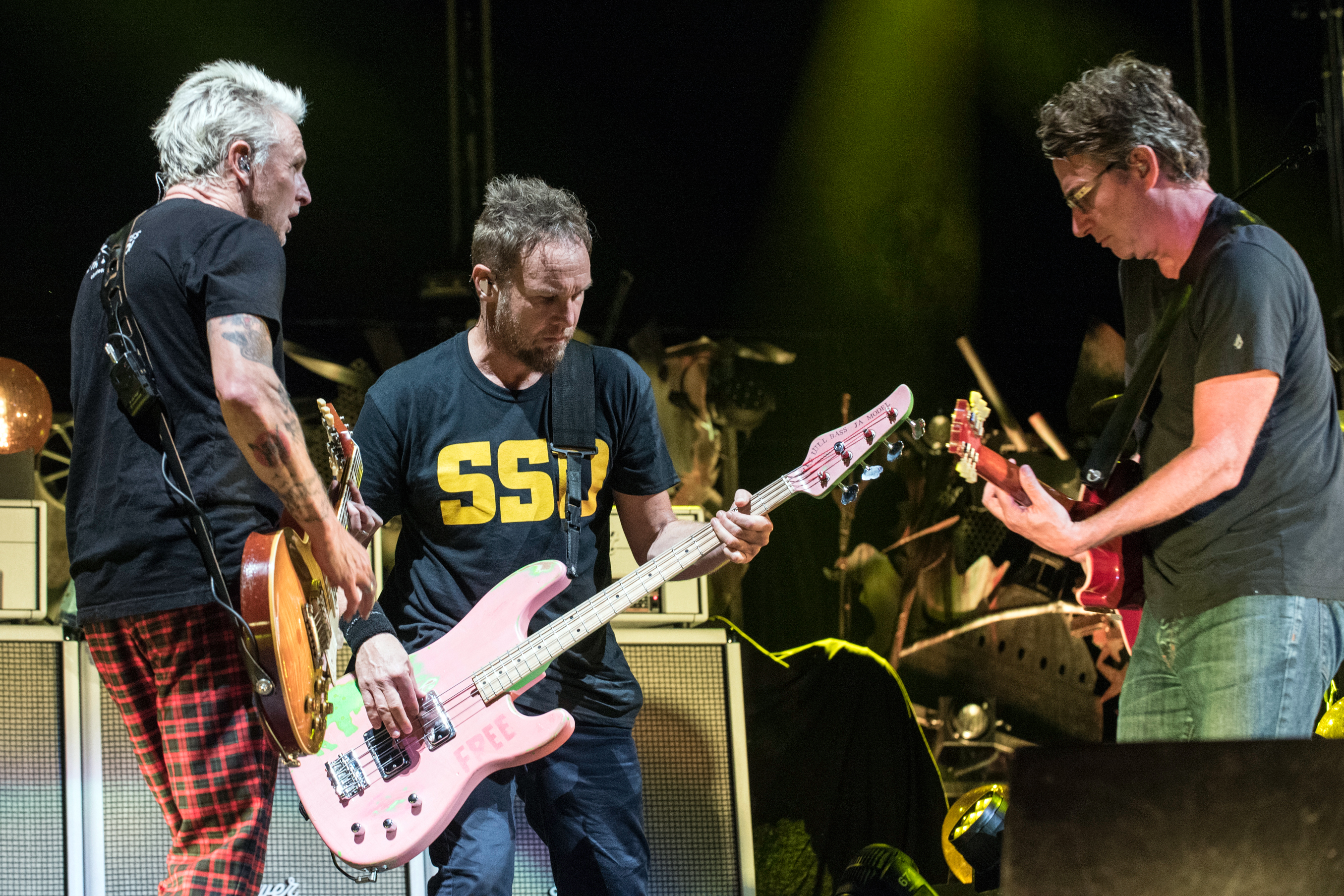 It’s been six years since Pearl Jam released Lightning Bolt, and they’re feeling the need to write new music again. It’s just been slow going. “It’d be fun to record or even just write a song together,” bassist Jeff Ament says. “I think when Chris [Cornell] passed, that’s really been a tough one to wrap our heads around, and then there’s just life stuff.”

Cornell was an important figure in Pearl Jam’s history. Drummer Matt Cameron played in Soundgarden, and all of the band members were in Temple of the Dog with the singer before forming Pearl Jam. Ament, Cameron and guitarist Stone Gossard recently paid tribute to him a Los Angeles concert dubbed “I Am the Highway: A Tribute to Chris Cornell,”which also included performances by Cornell’s former bandmates in Soundgarden, Temple of the Dog and Audioslave, as well as sets by Foo Fighters, Metallica, Melvins and Miley Cyrus’ stunning “Say Hello 2 Heaven.”

Ament also recently paid homage to Cornell by serving as creative director for the Chris Cornell box set, for which he spent five or six days screen-printing vibrant, watercolor images of the late Soundgarden frontman with his brother, Barry Ament. “That was hard,” he says. “[Chris’ widow] Vicky [Cornell] had asked me to get involved with it, and over the course of the years, Chris would often reach out. I remember with the Audioslave record and a couple of his solo records, he would send me the artwork. Even the last solo record, I mocked up some ideas. I think he appreciated my sensibilities when it came to that stuff. So it was pretty hard to go down that path, creating that stuff and listening to the music. It’s just another reminder that he’s not here, and that just sucks. It really sucks.”

Gossard says that he, too, is ready to resume focus on recording with Pearl Jam. “We’re going to make a record, and we’re in the middle of it,” the guitarist says. “We’re just going to keep plugging away until we get one done.”

“We’ve gone in, probably, four or five times in the last couple of years, so we have a whole ton of unfinished stuff,” Ament says. “We’re just sort of in a little bit of  limbo. I’m sure everybody’s got a bunch more riffs, and I’m sure Ed’s got a handful of journal lyrics. It’s just going to take us all getting into a room together for six weeks and just knocking something out.”

Last year, the band put out a funky new tune with a swaggering guitar riffs and lyrics about standing up for your rights, “Can’t Deny Me,” as a standalone single to coincide with their tour. “Yeah, that was fun,” Gossard says. “I’m glad we got to do that. That was a little bit of a star from one of the ones that we had recorded, so we’re hoping to get some more of that going.”

Ament says he has plenty of music that would potentially work for a new Pearl Jam album. And if not, he’ll find other ways to put it out. “I just have a little groove where I write and paint and walk my dogs,” he says. “Some of the stuff, it could turn into Pearl Jam stuff, and if I get a big group of songs together, I’ll just put it out as a little solo release, which I’ve done three of or something. When I do those, it’s mostly to clean off the shelves and finish stuff; it’s stuff that has been on the Pearl Jam shelf for a few years and nobody is really responding to it. I think all of us have gotten into the habit of finishing stuff up and putting it out. This is a broken record, but I think I’ve said that I would record a lot more with Pearl Jam if that was what could happen. It just hasn’t happened for some reason."