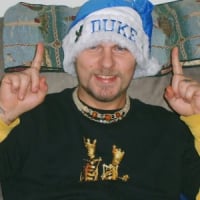 erocshifty Posts: 1,170
December 2011 edited December 2011 in The Porch
i was reading a post on another forum a little bit ago about shows & somebody bitchin about "noobs". i'm new to the boards, haven't been to a hundred shows, but i've been a fan since 92. to all the fans that are new to the band WELCOME TO THE JAMILY!! it's great to have you! you're part of the reason this band keeps going! there's no need for elitism- that's not what pearl jam represent. yeah from 1993-1997 they resented the overexposure they recieved because they felt suffocated & probably frightened by the magnitude of how overwhelming their success was suddenly thrust upon them. they've grown. i've been guilty of bitching about miniscule problems, like prices, limited edition goods -petty problems in the scope of life. i've grown up with them. i wouldn't be the person i am today without this band in my life. i'm glad there's a new wave of fans coming along. pearl jam should trancend not condescend, so to speak. i may have spelled that wrong - bfd. the guidelines posted or the board rules are the philosophy of the band. i don't agree with everything that goes on around here- but that's what karma is for. these boards are just like any place you go in life. theres assholes, there's cool people, there's all kinds. i'm not passing judgement, just expressing my opinion. but again, to any new fans out there: WELCOME- to quote phish- i'm glad,glad,glad you've arrived. i'm sure the band & 10c are too!
"It's best to live in grace before you're forced to." EV- 10/09/2014
Post edited by Unknown User on December 2011