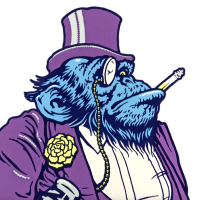 LB260405 Posts: 19
January 3 in Other Music
Growing up in the 80s/90s, classic rock radio was dominated by 60s/70s rock and roll hits. 1990 minus 30 equals 1960. So “classic rock” was considered 20 to 30 year old music.
Let’s do some more math:
2022 minus 30 equals 1992.
R.E.M. - Drive
Alice In Chains - Would?
Pearl Jam - Even Flow
Soundgarden - Rusty Cage
Red Hot Chili Peppers - Under the Bridge
Nirvana - Come as You Are
Classic rock?
Let’s get a healthy discussion of your definition of classic rock. Is it time-centric? Or will the 60s-70s always be the definitive timeframe for this genre?
If you’ve got some time to kill today, here’s a podcast on the topic of classic rock. I posted the “Vs.” episode of this podcast on The Porch a couple weeks back. If you haven’t given that one a shot yet, it’s very entertaining, as well.
https://musicrewind.podbean.com/