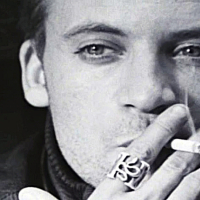 Gord Downie began Secret Path as ten poems, incited by the story of Chanie Wenjack, a twelve year-old boy who died in flight from the Cecilia Jeffrey Indian Residential School near Kenora, Ontario, fifty years ago, walking home to the family he was taken from over 400 miles away.

In winter 2014, Gord and Mike brought the recently finished Secret Path music to graphic novelist Jeff Lemire for his help illustrating Chanie Wenjack’s story, bringing him and the many children like him to life.

Proceeds will be donated to The Gord Downie Secret Path Fund for Truth and Reconciliation: https://give.umanitoba.ca/nctr