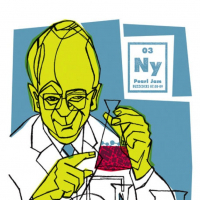 otis mcfluster Posts: 536
December 2007 edited December 2007 in The Porch
For those of you who don't know, Paul Shirley was an NBA player, featured by ESPN's Sports Guy Bill Simmons (another big PJ fan), blogs pretty frequently at ESPN, and likes really good music.

I think he is a pretty good writer and quite witty, you may enjoy some other things he has written.

Here is the link: http://sports.espn.go.com/nba/columns/story?columnist=shirley_paul&page=2007-BestMusic
Post edited by Unknown User on December 2007