Has show print and four other artist prints. All have been professionally framed with archival glass. All in perfect condition save for the goalie poster, one imperfect corner with a small crease (was sold to me that way despite being sold as mint, easily framed out and you’d never know). 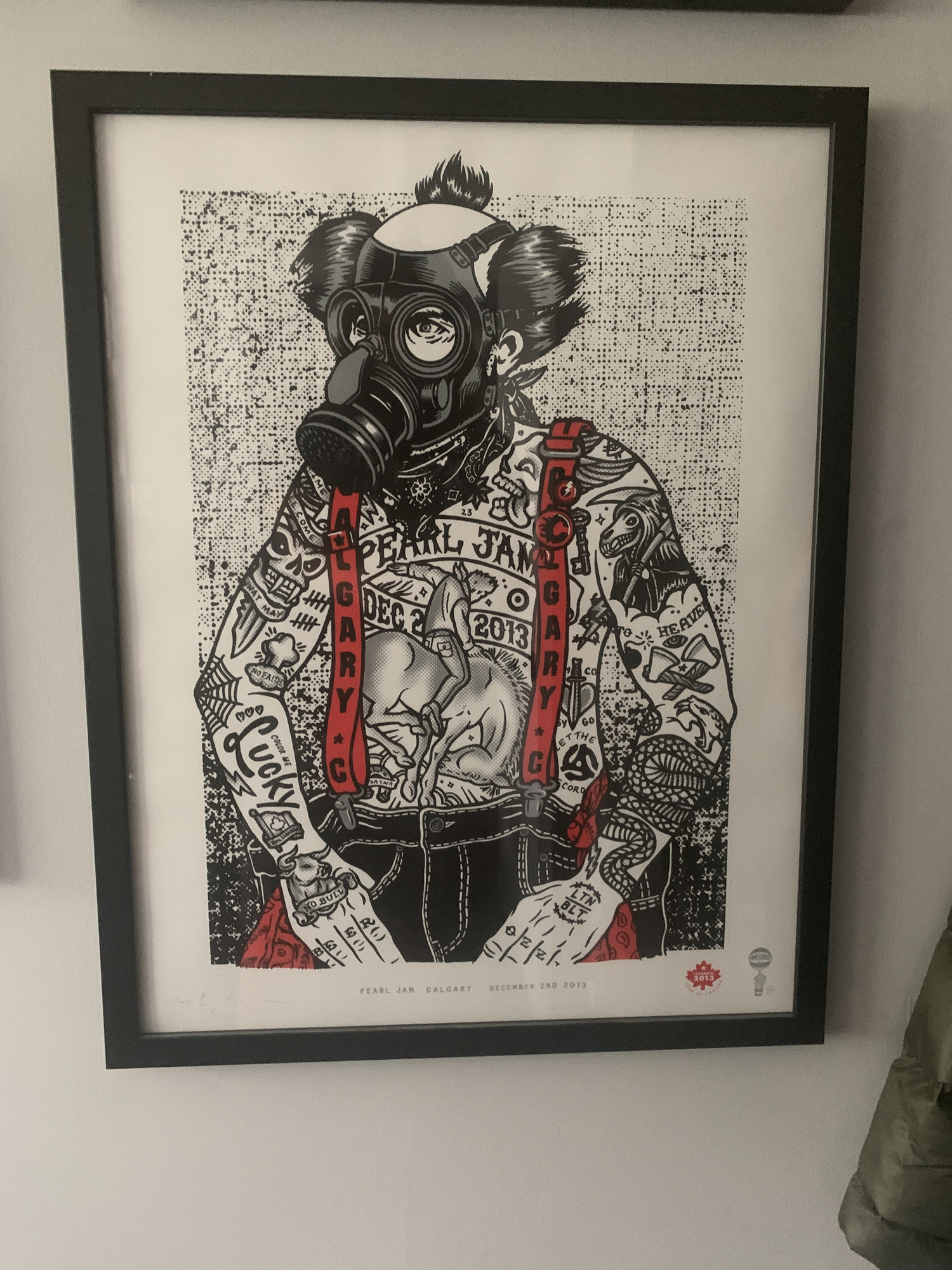 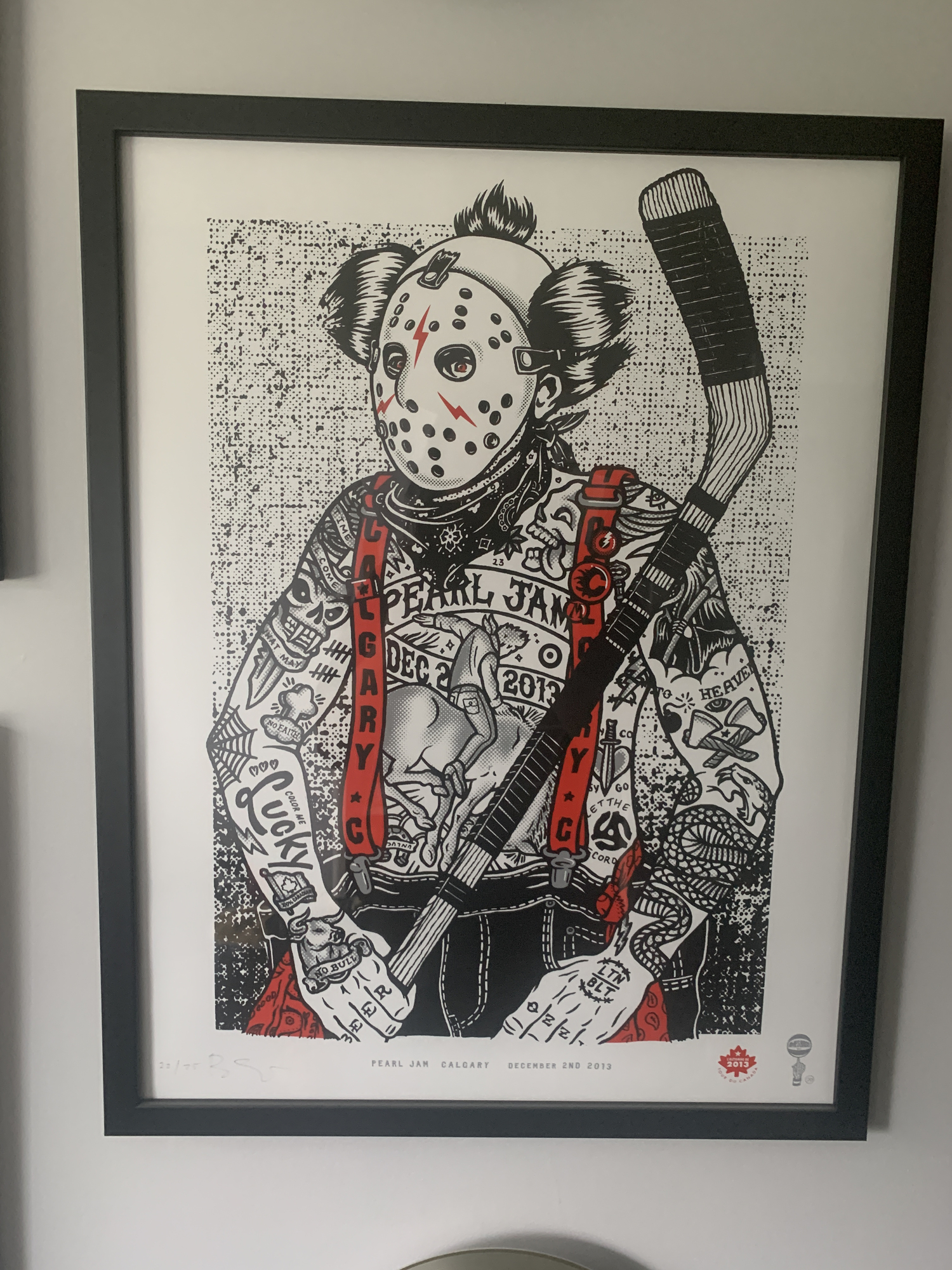 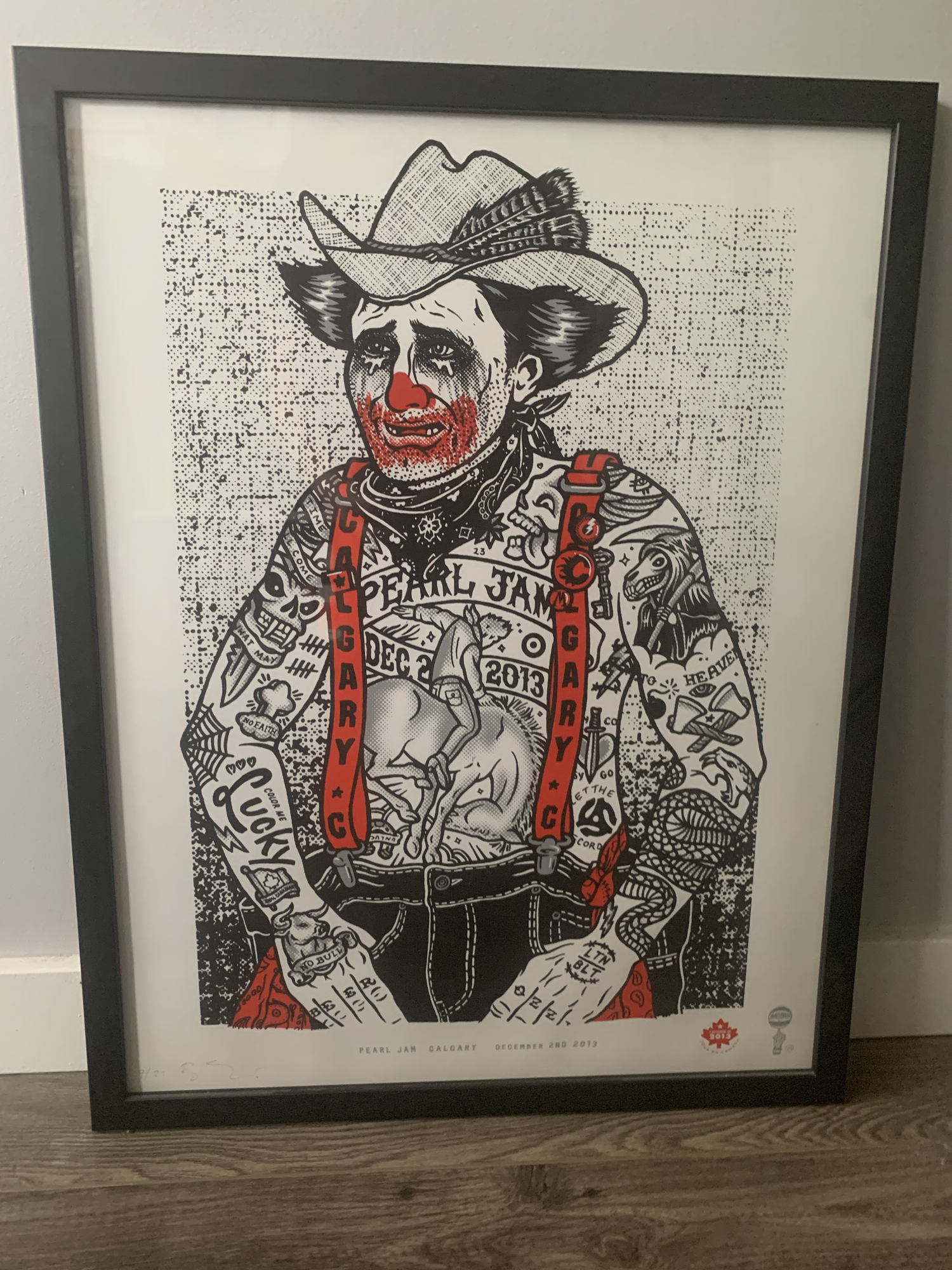 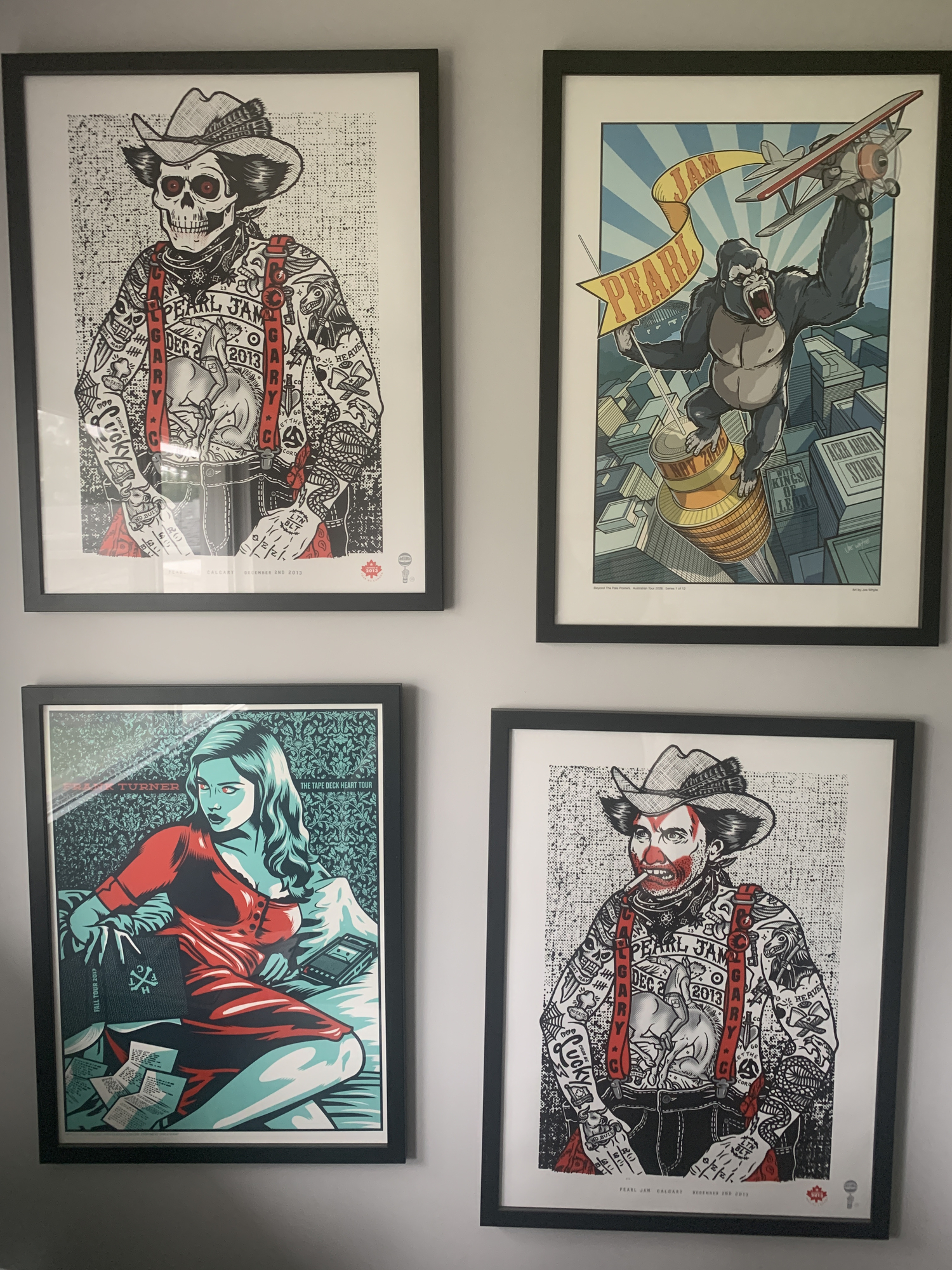