alive90 Posts: 82
October 2020 in Poetry, Prose, Music & Art
Hi everyone!
I thought this would be a good place to post a link to my new children's book, titled Lily's Grooves. The premise of the story is that young couple Carrie and Ed Simon (Named after Eddie and Carrie Brownstein of course!) are preparing to open their new music shop called Grooves. Trouble arises when their kitten, Lily wreaks havoc on the house whenever she is left alone. Lily is only well behaved when music is playing. When Carrie and Ed notice this, they agree to bring her to Grooves for the grand opening where they can keep an eye on her and, the music will hopefully keep her chill. The owner of the building where Grooves is opening is Mr. Donald and he's not exactly thrilled about having a cat in his building. After a brief scare, Lily remains calm as the music plays and customers wander in and out. At the end of the day, Carrie and Ed decide to change the name of the store to Lily's Grooves to honor their new mascot.

My inspiration for the story was the kitten I used to own, named Lily, who would chill with me while I spun records (sometimes even sitting on the dust cover watching the record spin, probably not ideal!). My ex girlfriend got Lily after we broke up, so this story is a tribute to my favorite listening pal (in case you're wondering, her favorite PJ album was No Code!)

A good friend of mine did the illustrations and she captured Lily's likeness perfectly.
https://www.barnesandnoble.com/s/Lily%27s+Grooves?_requestid=1527551
https://www.amazon.com/Lilys-Grooves-Christopher-Minor/dp/1662902611/ref=tmm_hrd_swatch_0?_encoding=UTF8&qid=&sr=
I hope links are allowed, but if not, I'll certainly take them down 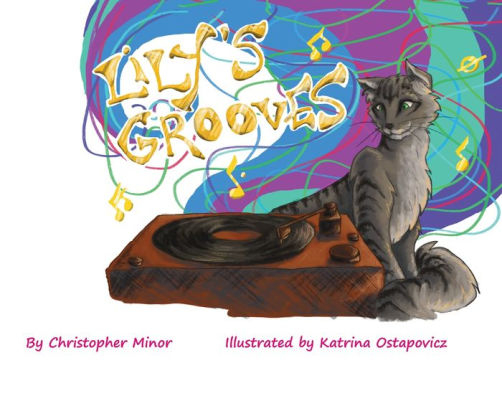