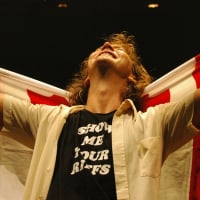 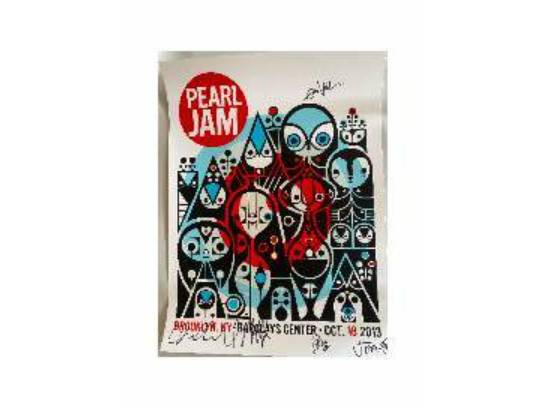 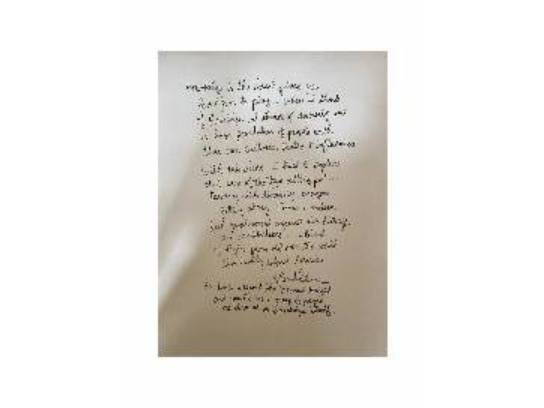 This limited-edition poster is signed by this legendary rock band. Signed by all members of the band, including Mike McCready who has Crohn's Disease, this poster is from a 2013 show at the Barclay's Center in Brooklyn NY. Signatures are authentic. Poster measures 24" x 19". In 1991, Pearl Jam's debut album, Ten, catapulted the little-known Seattle-based band into superstardom. Over the past 30 years, the band has remained a major force in rock and roll, as much for its aggressive loyalty to its social and political principles and restless experimentation as for its rock radio staples and bestselling albums. In 2011, Pearl Jam celebrated their 20-year anniversary with the release of the film Pearl Jam Twenty along with an accompanying book and soundtrack. 2020 marks 30 years of Pearl Jam performing live. Eleven studio albums, hundreds of unique live performances and official live concert bootleg releases later, the band continues to be critically acclaimed and commercially successful, with over 85 Million albums sold worldwide. Pearl Jam was inducted into the Rock and Roll Hall of Fame in 2017.

They are known for their artistic and creative concert posters designed by different artists.