30 Years Ago: Pearl Jam at Club Babyhead in Providence, RI

YourDirtisMyfood BostonPosts: 3,829
September 15 edited September 15 in The Porch
I was just going through the Setlist FM website to find out the dates of the Dave Matthews Band in Providence and it appears they only played one show at the Civic Center, which I believe I went to around 21 years ago.  So I figured I check to see if Pearl Jam played in Providence at any point and the only thing that popped up was something from 30 years ago.  Anyone here go to the show?  What was the club like?  Someone on Youtube just uploaded the audio two weeks ago in a weird coincidence, I guess.  Apparently only 100 people in attendance from the Youtube description. 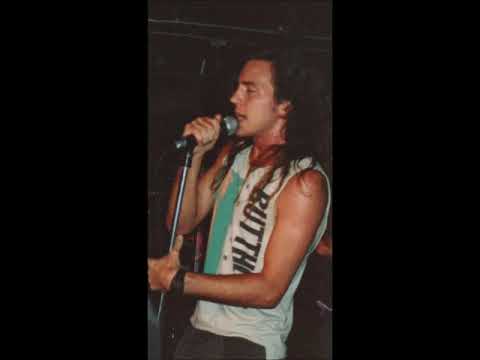 Here's the description of the show from YT but I'd be curious if anyone here was there and can give their thoughts on it.  Thanks.

From Pearl Jam Concert Chronology: attendance: Approx. 100 opening acts: Medicine Ball, Glazed Baby setlist: Wash Once State of Love and Trust Even Flow Garden Breath Porch Why Go Alive Two local bands open up the show. "Jeremy" on setlist but not played. Bill Keough, Club Babyhead promoter: "Pearl Jam's agent at the time was a young and upcoming industry guy, named John Branigan (Triad Artists), who had a knack for the next thing and a good ear for cool stuff. He knew I was a big supporter of Sub Pop and knew Mother Love Bone. I was always happy to help him out with his 'baby bands' (as was the term back during that era) and the day he called me about Pearl Jam it was an easy yes. The guarantee was $500. The night of the show Pearl Jam showed up early and got their soundcheck in earlier than usual. Their tour pass laminates were simply NBA Mookie Blaylock cards with their names written in sharpie on the back. After soundcheck, Eddie, Jeff and Stone asked if there was some outdoor courts nearby where could shoot some hoops. I took them them to some courts in Fox Point at the top of Wickenden St, where we played a friendly but competitive pick up game along with some of their road crew and a few of my friends from the club. The show itself had 60 people paid at the door ($5) and around 30-40 guests via radio and record company lists. Set was raw, but great. Post gig weeks later, their agent told me that they got more response (fan mail etc.) than any of the other cities of the short tour and asked to come back again when their debut album was released. Long story short, the album was released, the ("Alive") video hit MTV, and (eventually) they exploded way beyond playing a small club".