Thank you to everyone who came out this weekend to Ohana Encore! The past two live music-filled weekends couldn't have been any better. Check out the recap video from this weekend. 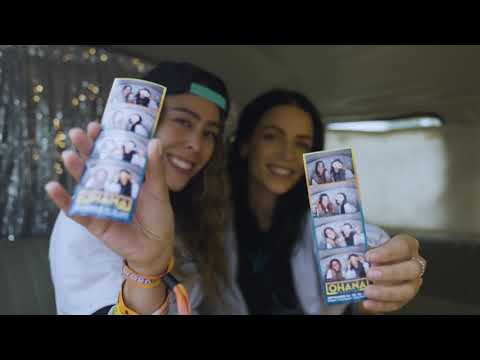 After spending two weekends in Dana Point, we are heartbroken to hear about the massive and highly toxic oil spill off the coast of Orange County which will impact local ecosystems and wildlife. To take action, contact your representatives to protect our coastlines from offshore drilling, or text OILSPILL to 51555 to learn how you can take action. 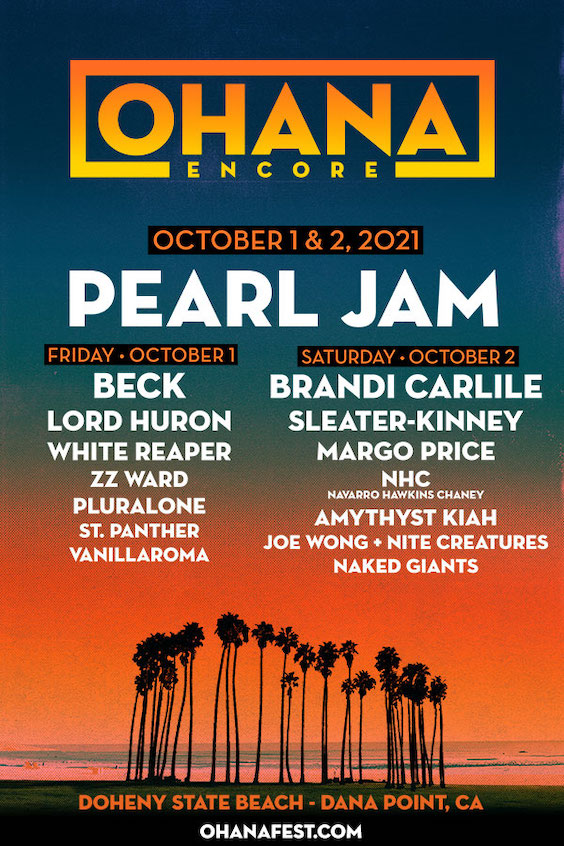 Pearl Jam is excited to announce that they will be headlining both nights of the 2-day Encore Weekend. The Ohana Encore Weekend marks Pearl Jam's only additional concerts for 2021. Pearl Jam's 2020 North American tour dates are expected to be rescheduled for early 2022. All tickets will be honored for the new show dates. Refunds for the 2020 North America tour are available at your point of purchase. Stay tuned to pearljam.com for the latest information.

Public Tickets for the Encore Weekend will be on sale Friday, July 23rd at 10am PST at ohanafest.com. Ticket options include Single Day GA, Single Day VIP, 2-Day GA and 2-Day VIP.

Ten Club members current as of Sunday, July 18th are eligible for a special Ohana ticket presale. Members should check their email for the Ten Club Member presale information.

For the full Encore Weekend lineup and other festival information, click here.
https://pearljam.com/news/ohana-encore-weekend