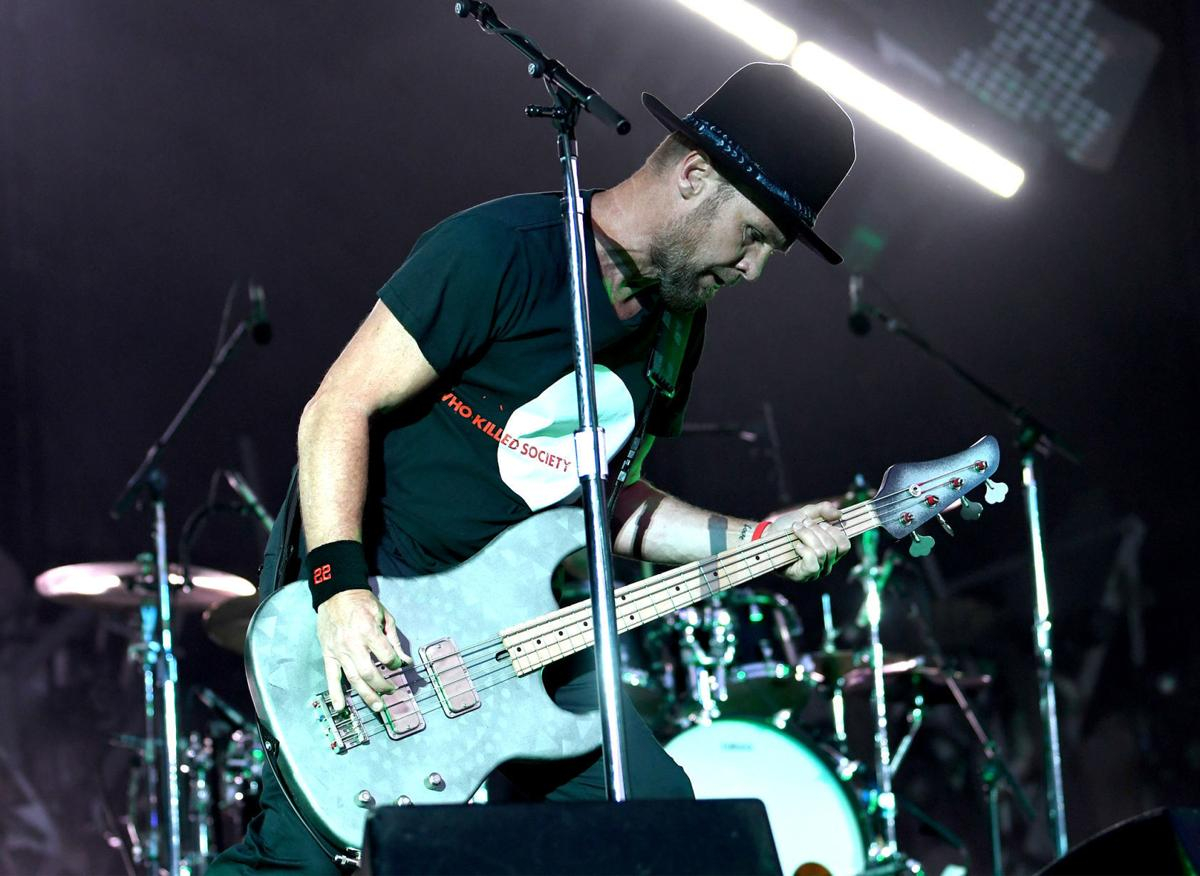 Jeff Ament, a founding member of band Pearl Jam, went to the University of Montana.

The rock band Pearl Jam has launched an initiative to encourage fans to vote by mail. Called "PJ Votes 2020," the band is also asking people to pledge to recruit three friends to vote and to not wait until it's too late.

In an interview with the Missoulian, part-time Missoula resident and Pearl Jam bassist Jeff Ament said voting by mail is one of the "great freedoms" in America.

"The main thing is we're just trying to remind people how important it is that they vote and be a part of this election and this democracy," Ament said. "Particularly for a lot of young people who have never voted, some have voted just a couple times, we're just trying to reiterate how important it is at this juncture. There's a lot at stake in our minds."

Ament dismisses the allegations by President Donald Trump and others in his administration that voting by mail leads to fraud. There is no evidence that mail-in voting in the United States has led to, or will lead to, fraudulent votes on any kind of large scale.

"There's been a lot of data done around how true voting by mail has been the most secure method. I think they're just spinning it in a way, trying to put doubt in people's minds and maybe trying to play into the apathy of people. We've been (voting by mail) in Washington (state) for 20-plus years," said Ament, a part time Washington resident. "I guess part of us can't believe the rest of the country hasn't caught up in some ways."

Voting by mail is all the more important this year because of the coronavirus pandemic, he noted. Also, in rural areas where the weather is poor in November and roads might be bad, voting by mail is easy and convenient, he added.

"Voting freely and easily is our ultimate right as citizens of these United States," Ament said. "It's a hard-fought gift from our foremothers and forefathers."

Ament, who attended the University of Montana, said he's a "red, white and blue rah rah guy" as well and is proud of the American flag.

Pearl Jam is well-known for taking a progressive stance in politics, and the band has supported voter registration efforts and concerts on behalf of U.S. Sen. Jon Tester, D-Mont., in years when Tester was running for office.

Ament grew up in the small rural town of Big Sandy, where Tester lives, and the two are longtime friends. Recently, he visited Big Sandy and had conversations with people there about politics.

"It's fun to go back and try to have conversations with a lot of classmates," he said. "I tell them, 'you know I'm a lefty guy,' but I genuinely want to understand how you think this guy cares about you or rural Montanans. To be honest, President Trump doesn't give a f--- about rural Montanans or rural America. That's the part I want to expose."

Ament said as the "wealth chasm" gets wider, rural areas in America are going to suffer the most.

"With this current administration, the mentality is wealthy people get rich now, I think," Ament said. "With the environmental issues were having right now, half the state of California is burning and this administration has repealed over 100 environmental regulations, so we're sort of moving in different directions right now. It's putting a lot of things at stake for young people."

Ament acknowledged that as someone who's made a lot of money in his career, he should support the 2017 Republican Tax Cuts and Jobs Act that overwhelmingly benefited the wealthy.

"I feel like I could argue for the other side better," he said. "I make a pretty good amount of money. But I'm always arguing that you should tax the wealthy. I grew up in a small town, and I feel really connected to the people I grew up with. I truly care about rural America and rural Montana and I see voting by mail as one of the great freedoms."

Pearl Jam frontman Eddie Vedder is also on board with the "Take Three Pledge" to encourage people to vote by mail, don't wait and recruit three friends.

"We believe America is at its best when every voice is heard," Vedder said in a statement. "This is the most important election in our nation's history. Our democracy is at risk. Your vote is your voice, and it's time to use it. Join us by voting by mail, something our band has been doing for almost three decades...It's safe, it's easy and it's secure."

The band is partnering with the nonprofits League of Conservation Voters, People For the American Way and others.

The lawsuit alleged Bullock's directive would "dilute the integrity of Montana's election system."

President Trump has also tried to cast doubt on in-person voting without any proof.

After the 2016 election, when Trump lost the popular vote but won the Electoral College, the president claimed without evidence that "millions and millions" of people voted illegally in-person.