Ledbetterman10 Posts: 16,220
September 2020 edited September 2020 in The Porch
Bit of a momentous anniversary for me so I figured I'd write about it. It was a great day, great show, with memories I'll never forget, but it wasn't without some obstacles.

Obstacle #1: There was a multi-car accident on the PA turnpike that led to us being stuck in traffic for about two hours (which feels like 10 hours when you're a couple of 16-year-olds on your way to your first Pearl Jam concert). Thankfully we left early enough that day so we got to the venue just as Sonic Youth was finishing their opening set. But man, we were very nervous as we waited outside our car on the side of the turnpike with everyone else that was stuck.

Obstacle #2: Our seats were great. Dead center, and about 30 rows back. Couldn't ask for more. But during the 4th song (Red Mosquito), a dude showed up in the seat in front of me wearing a gigantic green sombrero. It obstructed the my entire view of the stage. He was about 10-15 years older, drunk off his ass, and about four times my size. I politely asked him to take it off, which he did for about 2 minutes, but then he put it back on. I asked him again but this time he ignored me. I'm not going to be able to see the show.  I couldn't believe it. But during the next song (Grievance), he was rocking out so hard, that he tripped over his feet, stumbled, and bashed his head off the ground. He was bleeding and everything. Security dragged him out, and then I could see everything! His loss, he missed a great show.

The setlist was PERFECT for a first show. They played all the hits (sans Alive which they weren't playing on that leg of the tour) and many of my favorite "deep cuts" like Tremor Christ, Red Mosquito, Whipping and even Breath, as there was a bit of second Breath campaign going on, similar to MSG '98. My friend still has his Breath sign.  A fan was passing them out between Sonic Youth and PJ. A strange thing about the set, which was great for a first show, but weird in retrospect, is they only played three Binaural songs (Light Years, Grievance, Insignificance) despite it being the Binaural tour. I don't know for sure, but this might be the least amount of songs from a new album they played on that album's tour ever. Nevertheless, it made for space in the setlist to get a pretty even distribution of songs from the first six albums, which again, was perfect for a first show. If the world ended the next day, I would've pretty much gotten the full-on Pearl Jam experience in one show....setlist-wise.

Some non-musical highlights included during Whipping, a girl a few rows ahead of us was rocking out pretty damn hard. She was a bigger girl, and she lost her balance, falling into the guy next to her. The entire row went down like dominos, and the were all laughing their asses off (she was too) as they made their way back to their feet. It was hilarious. Another one was prior to Yellow Ledbetter, with the house lights on, some girl up front took her shirt off. As a 16-year-old at a rock concert, this is what you're looking for. If you listen to the boot, prior to Yellow Ledbetter, Eddie mentions that there's going to be a party in Stone's hotel room after the show. Stone then points into the crowd and says in the mic "I want her to come!" He was referring to the topless girl.

Musical highlights include....EVERYTHING! I'm 34 shows in and still love seeing Even Flow and Do the Evolution live. So you can imagine how mind-blowing they were the first time. Just an awesome, awesome day that I'll never forget. 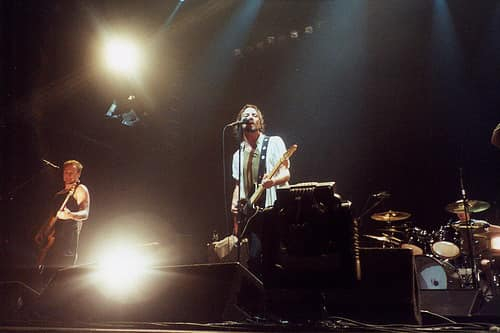 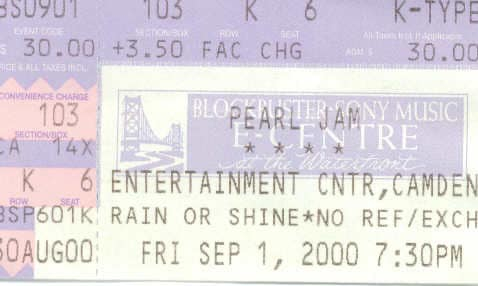 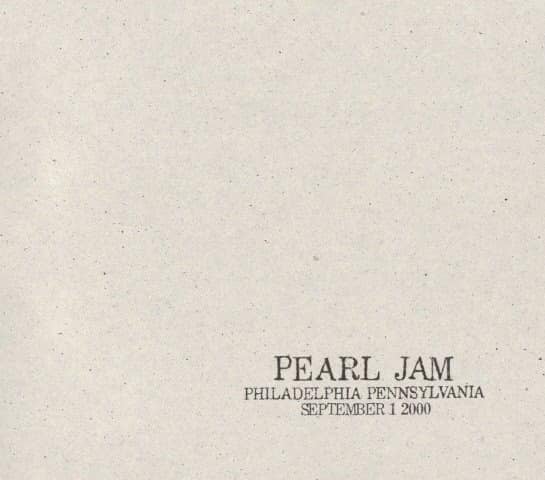