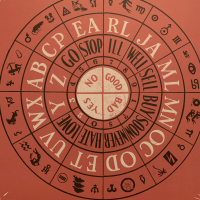 cp3iverson Posts: 6,776
July 1 edited July 1 in Other Music
Pretty incredible story, but if you’ve followed Brian Wilson or even if you’ve just seen the film “Love & Mercy” it kind of makes sense....anyway two geniuses.  Im glad Brian is still around.

As told by Alice Cooper:

“I was sitting backstage after the 1974 Grammys with Bernie Taupin (Elton John’s lyricist) and John Lennon. This was when Brian was really having some mental issues. During the course of the conversation, I kept seeing Brian out of the corner of my eye, just kind of staring at us from different angles.”

“Finally, he came up to the table, bent down and whispered in my ear ‘Hey Alice, introduce me to John Lennon.’ I couldn’t BELIEVE that these two men had never met! They were virtually neck and neck in the 60’s as the greatest bands on the planet, and I’m SURE they must have crossed paths at some point. But then I thought to myself, ‘Wow, if they REALLY have never met, I’m going to be the one to introduce them and become a part of rock history!’”

“So I merely said, ‘Brian Wilson, this is John Lennon. John Lennon, this is Brian Wilson.’ Lennon was very cordial and polite, saying things like ‘Hello Brian, I’ve always wanted to meet you. I’ve always admired your work, and Paul and I considered Pet Sounds one of the best albums ever made.’ Brian thanked him and walked away, at which point Lennon went right back to his conversation like nothing had happened.”

“About ten minutes later, Brian came by our table again, leaned down and whispered something to Bernie, and all of a sudden, Bernie was saying ‘Brian Wilson, this is John Lennon. John Lennon, Brian Wilson.’ Lennon was just as cordial and polite as the first time, saying essentially the same thing about always wanting to meet him. As soon as Brian walked away, John looked at both of us and casually said in his typical Liverpudlian accent, ‘I’ve met him hundreds of times. He’s not well, you know.’”