Anyone else missing the old Synergy board? 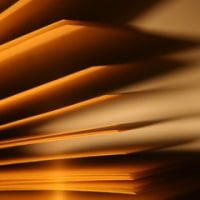 pages_in_a_book Dallas, TXPosts: 53
February 5 in The Porch
I was a very active member of Synergy back in the day. I felt like I got to know people on a real and genuine level, enough so that when I followed PJ on tour in 2000 I shared hotel rooms and crashed on couches with people I met on Synergy. does that same sense of culture exist on the new board? I haven't been active on a message board in awhile, but that sense of community seems drowned out by more grumbling and complaining than there used to be. Did I just reconnect at a bad time? Hoping others have that same connection to strangers  now that I had back in the day!
something to remember me by
1998--Dallas--Knoxville
2000--New Orleans--Memphis--Nashville--Indianapolis--Cincinnati--Columbus--Detroit--Chicago--Eddie at Ralph Nadar Rally--St. Louis--Kansas City--Houston x2--Dallas--Lubbock
2003--San Antonio--Dallas
2020--The Long Road to OKC #20
«12»