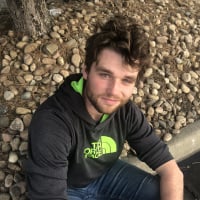 riley540 Denver ColoradoPosts: 1,088
January 2018 in A Moving Train
The band has announced they are donating money to help the Seattle homeless issue.

I live near near Seattle and I can see this issue first hand and it is pretty bad. There is a full tent city under the I5 just south of seattle.

I feel like positive solutions are hard to reach. I’m curious to know what everyone thinks is a good step forward in the fight to end homelessness?

I personally think we need to work on the drug problem. Both prescription and street drugs are ruining lives and making people unable to work. Drugs ruin lives and hurt families.

I also think shelters are very usefull, but I feel like building them in the middle of the most expensive city in the area doesn’t do much, because the homeless people cannot afford anything. I think building a safe homeless community outside of town in an area where work is more accessible would be a great step forward.