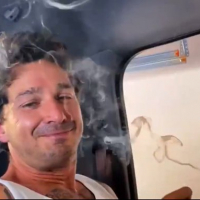 bobby dazzlers Posts: 1,920
June 2020 in Lost Dogs
Looking for any edition.
It's a hopeless... situation
And I'm starting to believe