The Ongoing Saga That Is Stone Temple Pilots 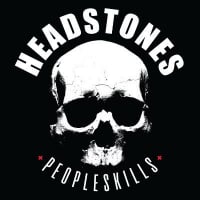 HughFreakingDillon I'm from Winnipeg, you idiot! (Chris Jericho)Posts: 21,414
November 2015 in Other Music
It should come as no surprise that Chester Bennington has split (amicably) from STP. He was just spread too thin being the lead singer of two bands. Oddly, it was Scott Weiland who broke the news the other day, with STP confirming it today.

What does the band do now? They say they have a number of songs recorded and have auditioned other singers over the last while. Not sure if that means the recorded material is with Chester or with a new singer. STP has proven to be quite uninteresting without Scott at the mic.

Talk Show?
Army of Anyone?

I enjoyed both those records, but the record-buying public thought otherwise. It would seem the Deleo brothers abandon any project that proves commercially unsuccessful.